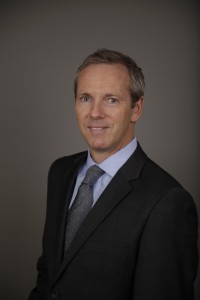 Founder of Northbound Sales, Michael Caron, has over 25 years of sales management experience. The first step of his entrepreneurial career was as a student franchisee/manager with College Pro Painters. Shortly after graduation from University of Toronto in economics, he started and operated a business-to-business trade exchange for 14 years prior to Northbound. It grew from nothing to over 6,000 business clients — almost all from prospecting sales efforts. He then helped launch an electronic health records company, raising over a million dollars in investment capital along the way.

He personally trained all the staff and created training programs and systems that were used in the company’s 6 Canadian offices and always possessed a deep passion for helping people develop their skills. As President of Young Entrepreneurs Organization, Toronto Chapter, he began to gain a reputation for being a sales expert and in his spare time, helped many members grow their sales team performance. This success led Michael to enter in the sales team development business full-time with the launch of Northbound Learning in 2006 which rebranded to Northbound Sales in 2013.

Michael has sat on several boards of directors for volunteer and industry associations and was instrumental in creating a world wide certification program for sales and customer service in the reciprocal trade industry. He and his former businesses have been profiled in the Globe & Mail, the Toronto Star, Maclean’s, CBC and Canada AM and the Who’s Who of Canada.

Since founding Northbound Learning in 2006, Michael has trained thousands of people and helped dozens of organizations, both large and small, successfully develop their sales teams through a formidable combination of training, coaching and consulting. Outside of Northbound, he enjoys mountain biking, skiing, playing drums and amateur acting.