3 Sales Lessons from the Wolf of Wall Street 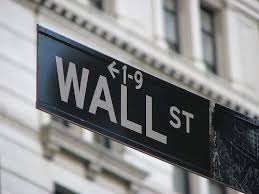 And lying to your customers isn’t one of them . . .

This week, a good friend of mine in the insurance business suggested I sit in (virtually through webcast) on a keynote that Jordan Belfort, the “Wolf of Wall Street” was giving, ironically, to the risk management industry. Even though I haven’t seen the movie yet, I had heard pieces of his story that were intriguing enough for me to eagerly log on and here him in real time. I’m so glad that I did. I pulled 3 pieces of wisdom that are completely applicable to sales in any industry — yes — including yours. It’s important to note that Jordan was, and would likely have continued to be, incredibly successful in his business without his ethical transgressions.

To be clear, I truly believe that strong integrity is not only the right way to operate as a human being, but is also an asset that helps you sell more in the long run. The following insights have nothing to do with Jordan’s admitted crossing of the integrity threshold. They are, rather, three of the many things that he did right and very, very well.

Jordan spoke of the ragtag group of misfits he recruited from the streets of New Jersey. To quote him, “None of them were from the deep end of the intelligence gene pool.” He didn’t hire them for their I.Q. The drive to succeed and more specifically, the deep desire to make oodles of money was most important.

Do you need to have a high IQ to be successful in sales? I frankly haven’t see any studies to answer the question but from what I’ve observed in working with top performers, simply put, no. I’m a perfect example of this! Does intelligence help? Of course. But it’s not as critical as most people think.

After listening to him speak for 2 minutes, I had to watch the entire webcast (despite it being during my prospecting time – my bad) as he is a highly captivating speaker. I was hooked even further when he went to the whiteboard and starting explaining his sales methodology! He found it easy to sell to high net worth individuals as could his partner but nobody else on the team could. Logically, he thought that if he could “crack the code” on what he was doing differently, he might be able to get others to follow the process.

In the keynote presentation, he quickly drew his selling model on the board and the good news for all of us is that it’s not rocket science. If he had just resigned himself to the flawed notion that “some people have the knack to sell and others don’t,” he would never have cracked the code and scaled his business.

3) The Science Can Be Learned

The “Wolf of Wall Street” was careful to explain many parts of the movie which were embellished. Interestingly, he only noted one area that wasn’t given enough attention to reflect reality — the Herculean effort to turn his menagerie of misfits into top sellers. In the movie, he says everybody just started selling like crazy. In reality, it took months and months of training, coaching, and inspiring. Eventually, after much hard work, his team became the best sales force on Wall Street, which as we all know, has some pretty decent competition in the top sales talent arena. As Northbound’s slogan says, “Great salespeople are made, not born.”

Do you have high intelligence? That’s a trick question to see if you were reading carefully because doesn’t matter anyway! Do you have deep drive and ambition to build a great career in sales? Yes? Great! This means that if you systematically and consistently take action to learn proven selling methods, you can become the “Wolf” of your own street. You too will enjoy immense success as Jordan Belfort did — maybe not to the same financial extent but because of your ironclad integrity, you’ll have the added benefit of skipping the jail time piece of his incredible story!

Check out Northbound’s workshops that will teach you street tested strategies to build your sales by clicking here. For more information or pricing, contact Michael Caron at 416.456.1440 or [email protected]